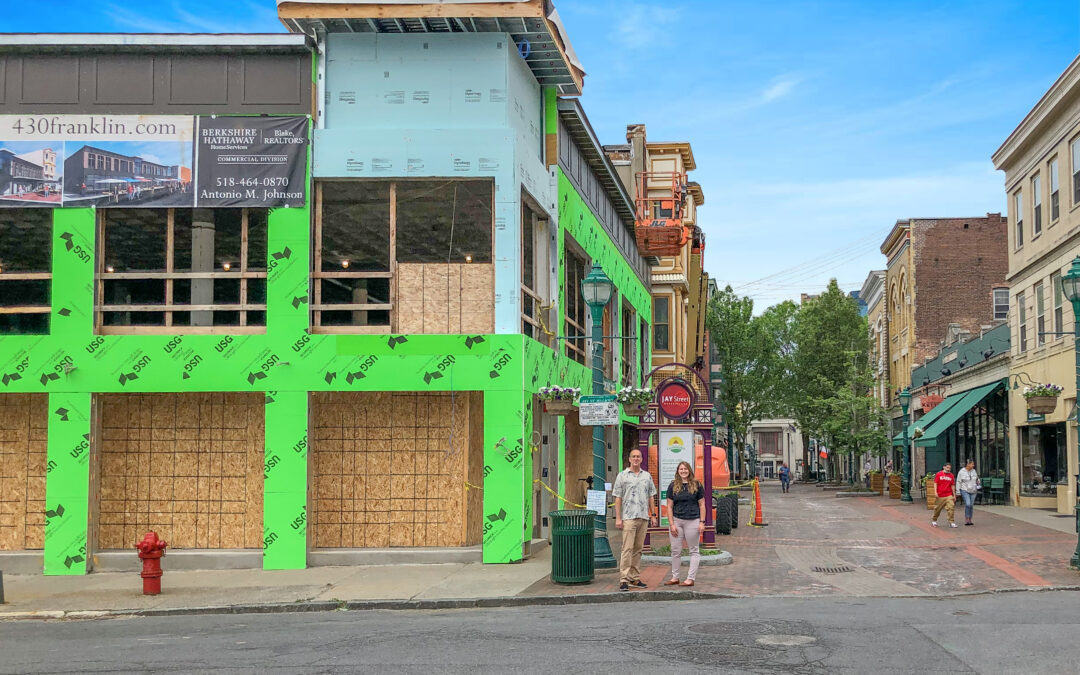 SCHENECTADY — The oldest downtown co-working space in Schenectady will be leaving its longtime home late this summer and relocating to the other end of the Jay Street Pedestrian Walkway.

Urban Co-Works hopes to complete the 450-foot move by Sept. 1.

It will occupy the entire second floor of a former office building at 430 Franklin St. that is being remade as a mixed-use structure named The Benjamin. Its current home at 433 State St. is part of the Center City complex; another company is in advanced discussions to replace Urban Co-Works there.

Spraragen Partners bought 430 Franklin in March 2020. Their renovation plans were slowed by the pandemic and by delays in the state revitalization grant that is helping to fund the work, but construction is on a faster track now.

Spraragen previously announced a Mediterranean fusion restaurant will occupy a large piece of the first floor. Two other retail tenants will be announced soon, leaving 1,750 square feet available on the lower level. Urban Co-Works will occupy the entire 8,556-square-foot upper floor, and have access to the roof deck.

Urban Co-Works originally was the Electric City Innovation Center, a combination incubator and co-working space founded in early 2016. A change in ownership resulted in the name change.

CEO Jeff Goronkin said Wednesday the business environment has changed significantly and repeatedly in 2020 and 2021.

“Our business dropped more than 50% during the pandemic, so that clearly was challenging,” he said.

Then people stopped working from home as often or stopped altogether, and the low-cost flexibility of a co-working environment became more attractive. Urban Co-Works now has just one empty office space at 433 State.

The new home at 430 Franklin will have 34 individual offices — nearly three times as many as 433 State. It will have the same industrial aesthetic, and extensive use of glass walls will preserve the open-air feeling of the current space.

Goronkin said it will be better-suited for the purpose at hand.

“This wasn’t built as a co-working space,” he said of 433 State St. “A lot of people wanted a private office — especially now.”