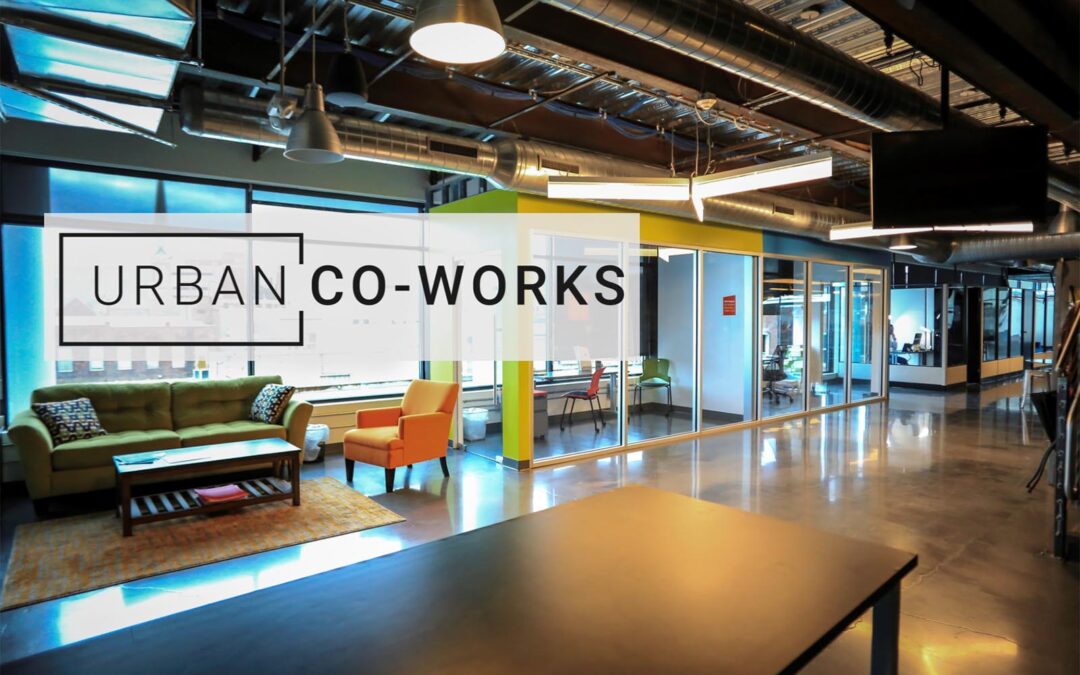 December 4, 2017 (Schenectady, NY) The Electric City Innovation Center, the premier coworking space for startups and small businesses in upstate New York, has officially changed its name to URBAN CO-WORKS and is expanding its operations in downtown Schenectady. “Our new name is now in alignment with the all-inclusive flexible office services our company offers its members. URBAN CO-WORKS is a name that can grow with our business and we are excited about incorporating it into our unique brand of coworking office environments,” said Jeff Goronkin, CEO.

Jeff Goronkin and Susan Bardack, founders of the Schenectady-based marketing firm Buzz Media Solutions acquired the Electric City Innovation Center in April 2017. URBAN CO-WORKS is part of a growing trend in coworking businesses popping up around the world that brings companies together in a shared office environment. The company offers a variety of flexible office options and includes amenities such as free WiFi, utilities, access to conference rooms, printing, a dining area and kitchen, a multi-media event space and more.

“Compared to traditional office leases, URBAN CO-WORKS saves companies money, provides them access to a professional corporate environment and can give them valuable connections. We currently have a dozen companies based out of URBAN CO-WORKS including Whiteman, Osterman and Hanna, Beekman 1802, Union College, Magic Digital Media and Genetic Counseling Services,” said Goronkin.

Derek DeMeo, CEO of Magic Digital Media, a firm that transforms companies into powerful brands on Amazon said, “In the past, the only option we had was to either work in a coffee shop or secure an expensive long-term lease. URBAN CO-WORKS provides our new startup with an affordable, flexible, and professional work environment.”

URBAN CO-WORKS has also announced they will be adding additional office space starting in January 2018. “With our expansion, URBAN CO-WORKS can now accommodate companies ranging from one to fifty employees,” said Goronkin.

In addition to the numerous amenities offered through URBAN CO-WORKS, members can enjoy working in downtown Schenectady where they are steps away from the YMCA, coffee shops, restaurants (such as Slidin’ Dirty, Johnny’s, Tara Kitchen, Villa Italia and more), Proctors and other entertainment venues, and the new Schenectady train station.

“Schenectady has become a thriving urban environment with so many choices to live work and play. URBAN CO-WORKS has been embraced by companies that want more options and a great location at an affordable price,” said Goronkin.